12 Days of Christmas 🎄 SHOP THE SALE! 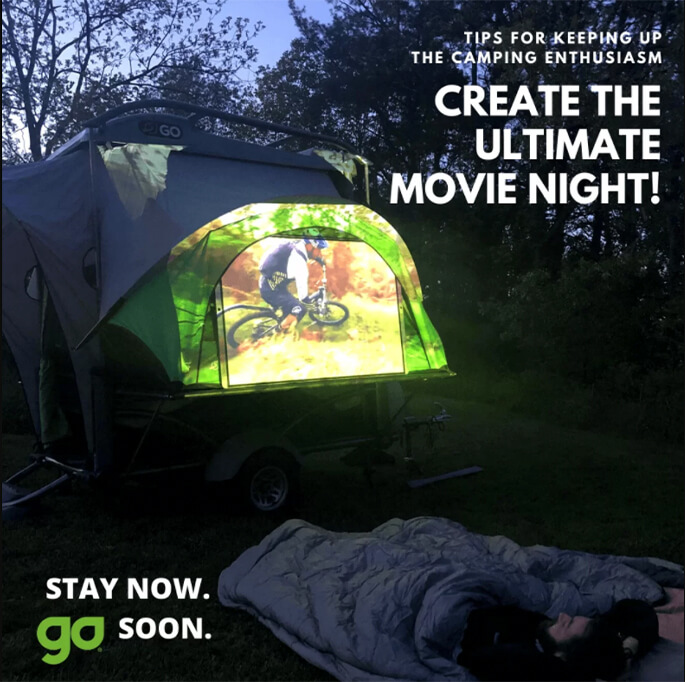 We want to share some tips for keeping up the camping enthusiasm. We’ll be sharing a few ideas for what we can do at home now to get ready to go camping again soon.

looking for something to watch?

13 of our favorite short films focused on outdoor adventure.

The first film we chose is The Frenchy – Jacques Houot is an 82-year Old French Ski Racer and Colorado Mountain Biker. When life throws challenges Jacques’ way he just says, “no problem”. His positive outlook on life is contagious and this film is exactly what we need to make the day a little brighter.

A Nordic Skater (6 min) – A Nordic Skater is the very first film in the world about nordic skating – a Scandinavian style cross-country ice skating on frozen lakes and fjords.

Safe Haven (8 min) – Founded on the belief that everyone is welcome, Memphis Rox opened a climbing gym to challenge stereotypes and be at the center of the city’s revitalization.

Martin’s Boat (23 min) – Martin believed the best way for people to understand how important it was to preserve the Grand Canyon was to have them experience this secret world from the river, but not in just any boat. Martin pioneered whitewater dories on the Colorado River in the 1960’s. This film honors his legacy.

Danny Daycare (5 min) – In his latest film Danny MacAskill takes on some child care the only way he knows how… by going for a wee bike ride around Scotland!

Good Morning (5 min) – Every day, skier Richard Permin falls into his mundane morning routine. Right after getting out of bed, he clicks on his skis and rides down the snow-covered rooftops of Avoriaz.

Billder (6 min) – Billder tells the story of Bill McLane, a mountain bike trail builder. We’ll find out what trails mean to him and how his work impacts his community

Life of Pie | Pizza and Bikes Can Fix Anything (12 min) – When Jen Zeuner and Anne Keller moved to the tiny, conservative high desert town of Fruita, Colorado almost twenty years ago, it was not on the map as far as mountain biking was concerned and they were on the fringe and a bit ostracized. Now they’re at the very heart and soul of the community.

Comfort Zone (9 min) – Before Alex Honnold’s “Nose” speed record, and before Jonathan Siegrist sent “Jumbo Love,” the pair teamed up this spring for some training time—each working projects outside of their comfort zones.

Offseason (8 min) – As Major League pitcher and cancer survivor, Daniel Norris is used to taking some hard knocks. But living out of his van during the offseason provides a sort of “reset” button for the everyday grind.

The Imaginary Line (11 min) – In an act of political solidarity, a team from Mexico and the U.S.A. assemble with the sole purpose of establishing a slackline that crosses the border between them. In a world that is constantly tearing us apart, they come together to cross an imaginary line and tell a different story.